Mickey and Miffy are friends with retailers 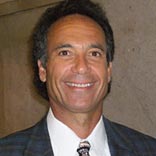